This exterior total property water conditioner also plays a role in reducing the risk of pinhole leaks in copper plumbing.  “Polyps” form on the interior of copper pipe walls, creating active sites that attract chloramines and create excessive turbulence resulting in an attack on the copper.  The catalytic conditioner not only stops the growth of the polyps, but it has a detergent action, which draws existing polyps back into solution (effectively dissolving them). 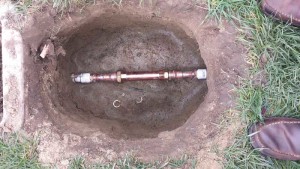 You must remove chloramines and thereby change your water chemistry in order to stop pinhole leaks from occurring or coming back.

Posted on February 23, 2015 by William Smart in Blog, chloramines